Ever here someone say “I love it when an idea comes together.” You have a concept, it’s large and there’s a lot of pieces. And you set a date and put the right people together and voila, it’s magic.
Magic is a great way to describe the atmosphere at Skylight One Hanson where The Stroke of Midnight Ball and annual fund raiser for The Berkeley Carroll School in beautiful Park Slope Brooklyn pulled off one of the classiest, coolest and distinctive annual auctions events ever.

Patrick Boylan and Maureen Swetow the 2011 co-chairs of the event along with a GREAT supporting cast of folks, Jessica Langbein, Pam Cunningham, Megan Coombes, Laura Gaertner from Berekely Carroll put together a very strong team of top level professionals who all came together in tremendous fashion. This is the 2nd year for LSNY to participate with the school and it is a privilege and honor to work among such a dedicated, and genuinely nice people.

Speaking of fashion Patrick Boylan himself is an accomplished designer and teacher of design at a major design school as well as owner of Grace Liturgical Vestments in the heart of Park Slope designed a beautiful dress for co-chair Maureen Sweetow (see above picture).
A surprise entry toward the end of the live auction, Patrick offered his design skills to make a customized gown or garment for a BC parent. 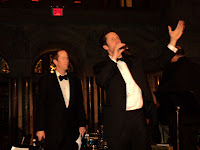 Auctioneer Keith McLane from KLMAuctions worked the crowd with energy,  enthusiasm and humor.  “Listen you don’t want to be sitting home in your boxers watching a rerun of Charles in Charge when you could be out on the town having the time of your life at a Broadway Show of your choice.”
One of McLanes finest moments was auctioning off a dinner for 10 people to Babbo with Mario Batali.  In a whirlwind of bidding the winner created the high bid of the evening and bravo moment to remember for everyone.
David Snow, a Berkeley Carroll parent, served as the host of the auction.  “There are only two religions in NYC.  The Mets and the Yankees.” setting up a subway series ticket auction for 4.
I’ve been at many hundreds of affairs and eaten some amazing cuisine. Great Performances  put out a sumptuous buffet that ranked very high up in my gala experience. Every bite of the plump chicken breast was moist and delicious and the mushroom risotto was spectacular. Their motto is Celebrate Food and I can tell you I was savoring every bite.  Kudos to Shaun Roberts and his great staff.
L and M Sound are the sound and light folks at Skylight and Richard Tatum and his crew were on top of everything, providing the technical assistance for the LSNY crew at every step of the way.  They lit the room wonderfully and the after party downstairs in the Vault was as cool as it gets in NYC midnight Blue.

We at LSNY Entetainment  and Production were fortunate enough to come back this year and provide Plasma Screen Visual support for Bidpal the next generation of auctions made easy.  Bidpal automates the auction with their IPHONE like devices that makes bidding fun and easy.

Originally Patrick and Maureen were looking to just have the necessary video screen coverage for Bidpals screen shot updates on the silent auctions.  They engaged LSNY to provide 6 60″ Plasma Screens, and made a great decision to bring in a live camera and have digital photos taken throughout the event.  Since there were going to be over 500 people scattered about and Keith the auctioneer was going to be roaming and interacting, it gave them a variety of visuals along with Bidpals screen updates.  We provided the platform, camera and camera man, as well as digital photography to intercut onto the screen.
The volunteers did a tremendous job and while the reviews aren’t in yet, I’d say it ranks up there with one of the most original and fun evenings they’ve had.
Then came the After Party.  This was a first for a BC School.  It was a stroke of midnight genius by the brain trust to create this dessert dance lounge.  They were very concerned that the after party have that NYC classy club feel with just the right touch of music.  LSNY supplied two of our star DJs for the night Joey Sigona and Frankie Espo.  With this team in place the energy hit the right mark from the first moment to a packed dance floor by the end.   They could have gone another couple of hours.  This was a first class affair by a first class school and organization.  Congratulations to all the BC parents, teachers, administration, donors and all the people who made up a fine, fine affair.
If you are looking to add distinction, class, first level service, excitement and creative and technical support for next gala, fund raiser, or corporate event, contact us at 201-475-5769 or 917 204-9690. 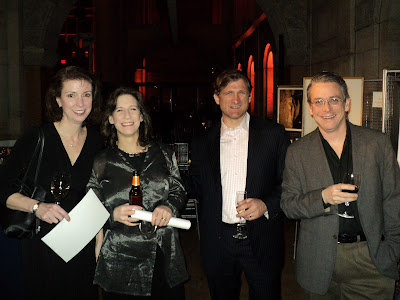 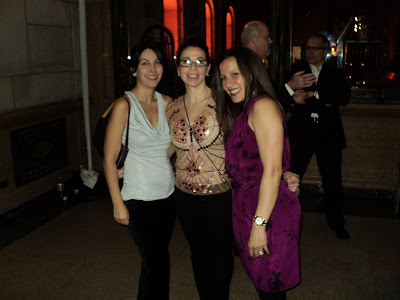 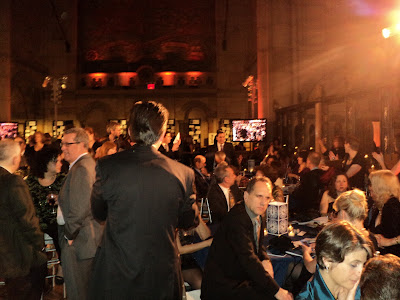 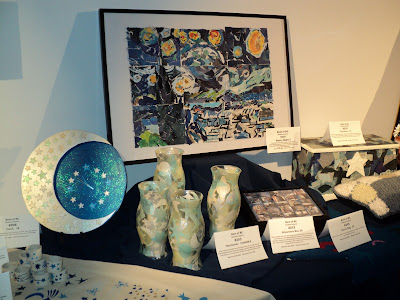 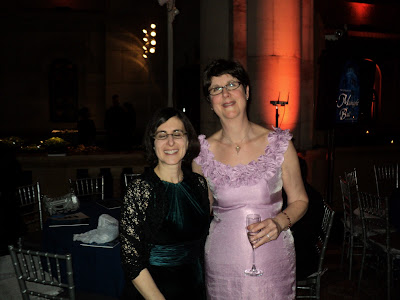 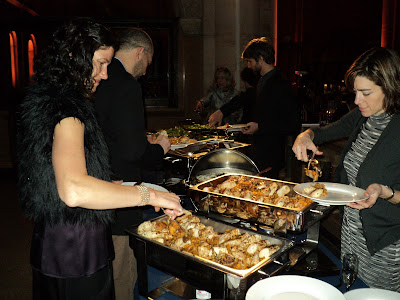 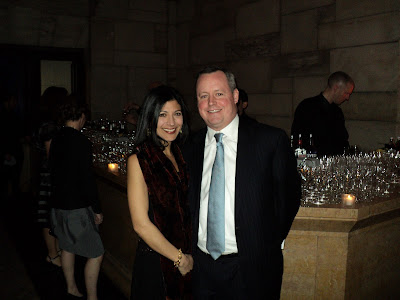 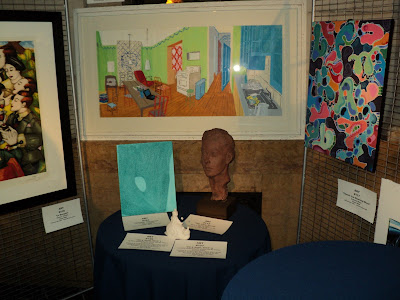 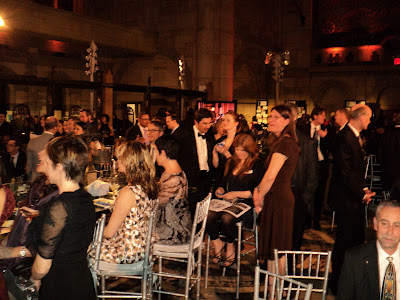 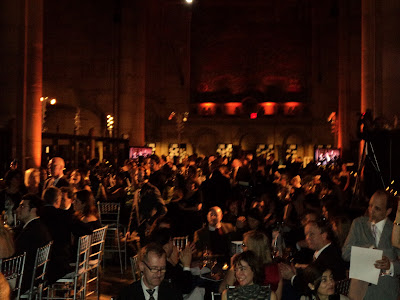